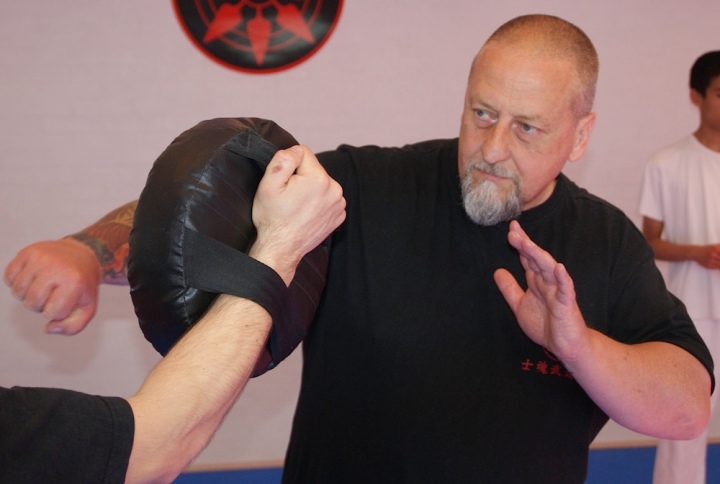 In the Martial Arts we often talk about how ‘the biggest opponent we have to fight is the one inside of ourselves’ and that ‘when performing solo moves we must have an opponent in mind’ although I think the statements are self evident  I would like to put the two together and give it a bit of perspective.

We are most likely to die of ill health. A good part of our health is our sanity and happiness, so emotional intelligence is an essential part or our daily training routine. We know how to do this through meditation and mindwork and I’ve already written a lot on the subject. But what about ‘fighting the opponent inside of us’?

When I’m practicing kata or form of any kind, including weapons I envisage the opponent being present and on the end of my techniques, but who is the opponent?  Who do I see?  Do I see someone I don’t like? That wouldn’t be mentally or emotionally healthy. Do I see myself? That would definitely be self destructive.  So who or what do we see or visualise?  Who or what should we recommend to our students to obliterate with their deadly moves?

I see my demons. I see FEAR, I see APATHY, I see ANGER and I destroy them. I give them shape, I make them ugly, I make them people and demons and I defeat them with skill.  I use my mental awareness, focus, sensitivity and intensity, I use my martial strategy, weapons, posture, internal connection, core and spine power to break their structure and take them apart. I kill them. I disembowel them. I cut their heads off.  I smash them to smithereens. I am merciless.  They are my demons and I will not tolerate their presence.

In a sense I am fighting myself but also they are not who I am. They are invaders that will creep in to a mind that is either distracted or unaware, so each training session enables me to root them out and defeat them with a strong, aware, focused, sensitive and intense mind.  We are our habits and need to develop a daily routine that reminds us of how we should and shouldn’t be and a method of defeating those sneaky demons that we might let in when leaving our mind unattended.

So now you know who to fight!

2 thoughts on “Fighting Yourself”