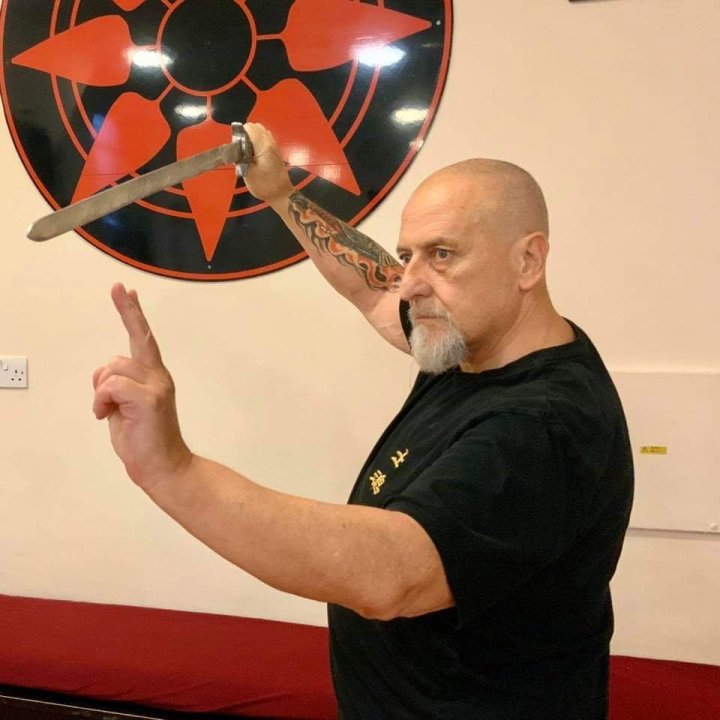 I was considered stupid right up until my mid 20’s. I just couldn’t get on with the way our education system and culture worked and was therefore considered lazy and disruptive, failed all my school exams and was kicked out into a succession of low paid jobs ending up in the security world not even having read a book.

When I saw Japanese writing the pictatorial aspect of it strangely appealed to me. When Japanese karate came to the UK the zen ‘life and death’ simplicity also appealed dragging me in. Karate made me more violent but I had found a home. When ‘Kung Fu’ came on the TV, the Shaolin monastery and Buddhist philosophy really appealed to me and led me to Tai Chi, somehow I knew the answers to life that I needed were in there and my first Sifu gave me a copy of the Tao Te Ching by Lao Tsu, the Taoist philosophy really struck home.

I then read everything I could find on Taoism, Zen, Chan and even my western roots of paganism, Wicca and ritual magic, anything I could find that expanded my mind, visiting Buddhist monasteries and listening to lectures and joining meditation groups on mindfulness and meditation. Meanwhile I studied Karate, Tai Chi, Iaido, Jodo and many other martial arts focusing on the self development aspects, I’d had too much violence in my life and needed to be able to move on.

My personal development meant that I ended up running a security company with 500 staff covering all aspects of security work but was then by 1983 able to become a full time Martial Arts coach also still teaching security and law enforcement personnel.

When I took a MENSA test I scored in the top 1% showing that I was highly intelligent but our education system and culture was unable to unlock the potential that Martial Arts, Buddhism, mindfulness and meditation could.

The point of this post is that we are all different. We all have our talents. It turns out that I’m very right brained, highly intelligent and have an unusual mind but it was not until my late 20’s that I was a able to unlock it. If your child doesn’t ‘fit in’ in the conventional sense it may be that like me they need to be able to find a different way. You can’t fit a square peg in a round hole but maybe a little help and support to explore other ways might realise a talent you would never have thought they had.